On 1-2 December 2011 the workshop “European Framework of Protection of Human Rights and Fundamental Freedoms” was run in Grozny for law students of the Chechen State University. Along with the staff of the SRJI, lectures were given by professors of Saint Petersburg State University, Kazan Federal University and Moscow State University, as well as the director of the Centre for Caucasian Initiative Abdulla Duduev and lawyer Dokka Itslaev. 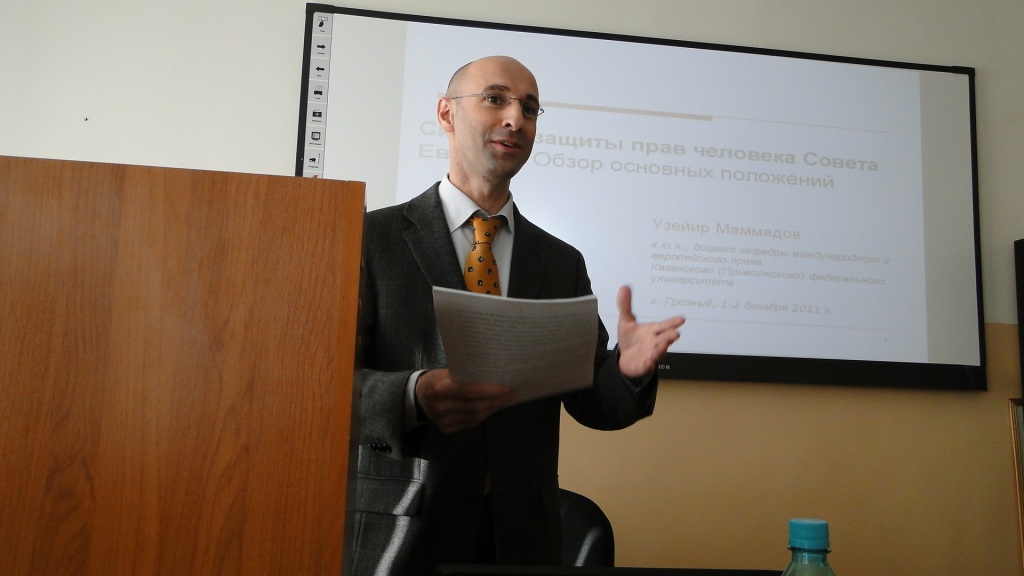 The workshop was opened with introductory words by the dean of Law Faculty of the Chechen State University Abu-Salikh Kagermanov. Following that, the lecturers highlighted the key aspects of the European framework of protection of rights, spoke about different patterns of application of the framework in military conflicts; besides, they addressed the question of how international and national law interacts. Special talks were given on such Articles of the European Convention as the right to life (Article 2), prohibition of torture (Article 3), as well as the right to freedom and personal security (Article 8).

Foto 1: Uziyir Mamadov of Kazan State University lectures to students on the fundamentals of international humanitarian law and its application by the European Cour.

Acting director of the SRJI foundation Vanessa Kogan and legal director of “Astreia” Anastasia Kushleiko focused on the new direction in the work of our organization – control over the implementation of decisions of the ECtHR on the national level. 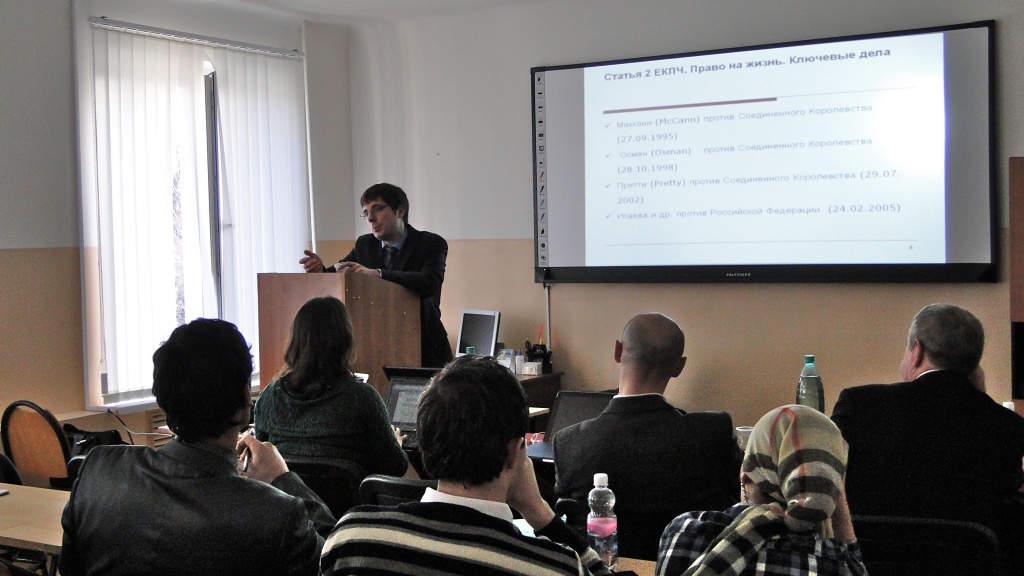 An interactive discussion of the topics raised at the workshop was done in form of a role-playing game involving the lecturers and students.

All the delegates received certificates at the end of the workshop. Besides, two delegates were offered a chance to take part in an internship session which would be run in early 2012 in the Moscow office of Astreya. A memorandum on continuing the partnership was signed by the administration of the University, SRJI foundation and Astreia.

Russia did not carry out effective investigation into killing of civilian in Chechnya, rules European Court