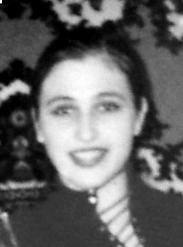 The European Court of Human Rights has found Russia responsible for the disappearance of three civilians detained by Russian military forces from various locations in Chechnya and Ingushetia in 2003 and 2004, Russian Justice Initiative reported today.

The applicant in Mutayeva v. Russia is the mother of Luiza Mutayeva, who was 20 years old when she disappeared from her home in Assinovskaya, Chechnya. Late at night on 19 January 2004, 15-20 armed servicemen in several vehicles without registration plates arrived at the applicant’s house for a “passport check.” They ordered Luiza and her younger sister, 15-year old Madina, to put on warm clothing because they would be taken for questioning outside. Madina began crying and Luiza insisted that she go outside alone without her younger sister. The applicant managed to run outside and request that she be taken away along with her daughter, but the soldiers pushed her aside. She saw the servicemen put Luiza into a white UAZ minivan, which was driven away in an unknown direction. She has not been seen since.

The investigation into Luiza’s disappearance yielded no information as to her fate. The Court was particularly struck that essential investigative steps, such as questioning witnesses and servicemen from the roadblocks at the entry and exit points to the village, were never carried out.

The applicant believes that Luiza was detained as retribution for her older sister’s involvement in the Dubrovka theater hostage crisis in 2002.

The applicant in Tupchiyeva v. Russia is the mother of Vakhit Dzhabrailov who was apprehended by armed Russian servicemen in the early morning hours of 3 January 2003. Vakhit was suffering from tuberculosis at the time of his detention, but he was not allowed to dress warmly before he was taken outside and forced to lie face down on the ground. Vakhit was driven away in the direction of the Shali district ROVD. This was the last time Vakhit was seen alive. His detention was witnessed by neighbors and relatives.

The applicant in Khatuyeva v. Russia is the wife of Sultan Khatuyev who disappeared on 2 August 2004 following his arrest by the security forces in the course of a large-scale military operation. Six of Sultan’s neighbors were also detained and taken to the local ROVD and then to the local FSB office in Magas. Others detained along with Sultan but later released claimed they had all been severely beaten while in custody. Despite numerous attempts, the applicant never found her husband, who was last seen alive by the other detainees at the FSB office in Magas.

In its unanimous judgments, the European Court found that:

The applicants in all three cases were awarded EUR 194,000 in moral and material damages.


On the Mutayeva case, see also:

Memorial Human Rights Centre and The Network for Migration and Law: “On the Situation of Women in Chechnya, Russian Federation, June 2003-May 2004,” June 2004