The decisions by the European Court for Human Rights have demonstrated the illegality of the detention of Sagayev and Mukayev and the failure of the investigation into their disappearance. In accordance with the Court’s judgment, the Russian Federation must pay both Khasan Sagayev’s sister and Rasul Mukayev’s parents  €60,000 in moral damages. Mukayev’s parents also received €10,000 in material damages. Upon learning of the decision of the European Court for Human Rights, the relatives of Khasan Sagayev and Rasul Mukayev have stated that they still hope for the uncovering of the crimes and that their loved ones will be found. Khava Sagayeva has noted that the plate number of the APC that took away her brother is known, which means that it is possible to identify the servicemen responsible and to establish the facts of what happened next. Russian Justice Initiative will continue to seek the enforcement of the judgment of the ECtHR – not only as concerns the compensation payments, but also the investigation as such. 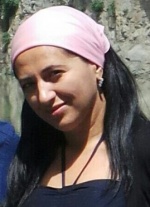 On 12 November Russian Justice Initiative (RJI) submitted the statements of victims on war crimes and crimes against humanity committed during the 2008 Georgian-South Ossetian conflict to the International Criminal Court (ICC). Victims complained of the use of indiscriminate weapons, murder, disappearances and torture. Materials were submitted in the framework of a joint submission to the ICC from RJI and the International Partnership for Human Rights.

In preparation for the 62nd session of the United Nations Committee on the Elimination of Discrimination Against Women—the monitoring body of the United Nation’s “Women’s Convention” or CEDAW—Russian Justice Initiative (RJI) and the Chechnya Advocacy Network (CAN) submitted a shadow report to the Committee concerning Russia’s compliance with the CEDAW Convention in the North Caucasus region.

On 2 September 2015 RJI replied to the Russian Government’s submission to the Committee of Ministers of 24 July 2015, which contained the Government’s most recent Action Plan on the execution of the Aslakhanova judgment and the entire group of Chechen cases in general.

On 25 August 2015 RJI made two submissions to the Committee of Ministers of the Council of Europe (CoM) concerning various aspects of the execution of the judgment in the case of Israilova and others v Russia. The applicant’s son, Sharpuddin Israilov, disappeared in December 2002 from Khankala military base in Grozny.

On 29 July 2015 RJI submitted observations to the Committee of Ministers of the Council of Europe (CoM) concerning execution of the judgment of the Court in Tangiyev v Russia. The submission reported on the final outcome of the applicant’s re-trial in Russia following the decision of the Russian Supreme Court of December 2013 to quash the applicant’s conviction and send his case for re-examination before the Supreme Court of Chechnya.

The Russian Supreme Court has upheld the conviction of Timur Tangiyev following his re-trial before the Supreme Court of Chechnya, which was plagued with procedural and other irregularities, said “Russian Justice Initiative”. The re-trial was ordered on 25 December 2013 by the Russian Supreme Court, after quashing Tangiyev’s conviction of a raft of serious crimes following a finding by the European Court of Human Rights that Mr Tangiyev’s trial and resulting conviction had been unfair because of its reliance on evidence obtained under torture. By the time Mr Tangiyev’s case reached the Presidium of the Supreme Court in 2013, he had served ten years out of his 22-year sentence.

On 12 February 2015, the European Court of Human Rights communicated a case to the Russian Government concerning the lack of investigation into circumstances that led a young woman to lapse into a coma in Ingushetia. The case concerns a young woman who was kidnapped into marriage, and later returned to her mother’s house, having lapsed into a vegetative state. She had previously been in very good health all of her life.